In a little over a month’s time, the UK will host the 26th UN Climate Change Conference of the Parties (COP26) in Glasgow. At the event, under the watchful eyes of guests as diverse as Greta Thunberg, Pope Francis and Queen Elizabeth II, leaders from 196 countries will discuss whether enough has been achieved since the 2015 Paris climate agreement. As part of that landmark agreement, signatories agreed to a legally binding commitment to limit global warming to 1.5 degrees when compared with pre-industrial levels. 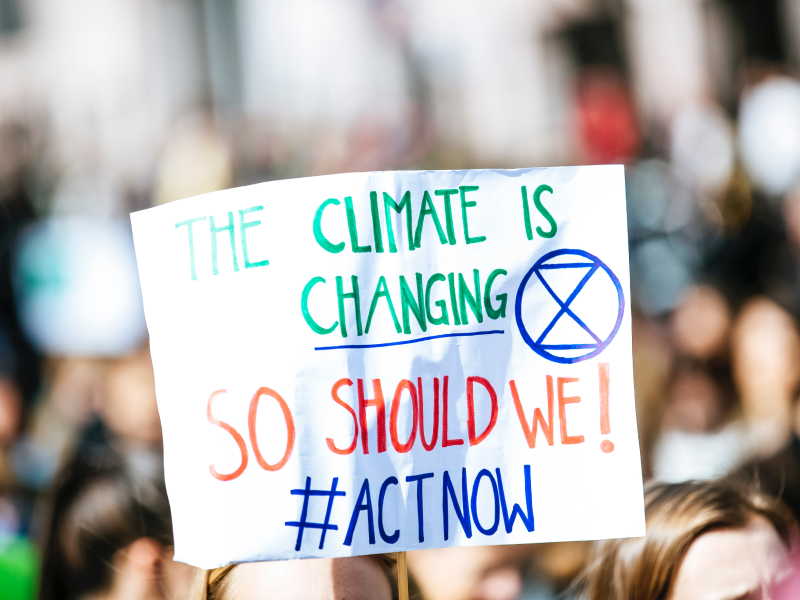 Climate change is a scientific fact: the average surface temperature of the Earth has risen by more than 1 degree Celsius since the late Nineteenth century, driven by an increase of carbon dioxide emissions into the atmosphere as a result of human activity. Most of this warming has occurred in the last 40 years, with 2020 being the warmest year on record. The Earth is getting warmer at an ever-increasing rate.

The basic data is terrifying: between 1993 and 2019, the Greenland ice sheet lost an average of 279 billion tons of ice a year and Antarctica lost around 148 billion tons per year as a result of rising temperatures. Global sea levels rose about 20cm in the last century, and the rate of that rise has doubled in the last twenty years and is accelerating. The concentration of carbon dioxide in the atmosphere is the highest it has been in the entirety of human history. The fear is that, unless we do something soon, we will reach a tipping point beyond which we cannot stop these changes from worsening, rendering large parts of the world entirely uninhabitable and threatening the survival of any life on Earth.

"At Housing Online, we’re only a small company with a team of six people, but we’re determined to try and do our bit to be a part of the solution"

In the face of something this big and scary, it’s easy to despair. How could anything I do possibly make any meaningful difference? Well, whilst it’s true that a significant amount of change will have to come at the level of governments and major corporations, we all have our own part to play.

At Housing Online, we’re only a small company with a team of six people, but we’re determined to try and do our bit to be a part of the solution. It helps that we have always been a remote-based company, with everyone working from home, so there’s no commuting to the office apart from a short stroll across the house with that early morning cup of coffee. Our customers are spread throughout the UK, but the COVID-19 pandemic has seen our travel completely replaced by online video conferencing. This has worked really well for us, and although we want to resume seeing our customers face-to-face in the future, we’re looking at how we can minimise those trips and make them as carbon efficient as they possibly can be.

The Housing Associations that we work with around the UK are often leading the charge in trying to produce energy efficient homes to help us to reach the goal of net zero carbon emissions. We’re a technology-based company, but that doesn’t mean that we can’t contribute too. A commitment to sustainability is written into our company values and we are currently reviewing the environmental credentials of potential suppliers before making our final purchasing decision. Not every company is publicly committed to reducing their carbon footprint, but some have really set their stall out to go even further than carbon neutrality and have committed to actually going carbon negative. One of our key suppliers, Microsoft, has pledged to remove from the environment every single piece of carbon that the company has emitted since it was founded in 1975. Amongst other initiatives, they are starting to locate their servers underwater, where power consumption is reduced by 50% and failure rates are eight times lower. Another key supplier, AWS, is now the largest global buyer of renewable energy and has pledged to power 100% of their activities with renewable power by 2025.

It has been estimated that it will cost something like $140b a year for humanity to make the changes that we need to make to adapt to a warming world. That sounds like an awful lot of money, but it’s also been estimated that, if we do nothing, the cost of inaction on climate change will reach $44 trillion by 2060. Some of the big corporations -- if still nowhere near enough of them -- are really beginning to put their money where their mouths are.

We simply cannot afford to do nothing. Rather than focus on the things that we cannot control, perhaps it’s more constructive to focus on the things that we can change. Whether that’s using your car less, having a vegetarian day each week, or basing your company’s purchasing decisions upon environmental considerations… We all have our part to play.

As the eyes of the world turn towards Glasgow, we should think about what we can all do to become part of the solution. We all have a part to play, and no matter how small that part might seem, when put together they can become something significant.

As Mahatma Gandhi said, “We but mirror the world. All the tendencies present in the outer world are to be found in the world of our body. If we could change ourselves, the tendencies of the world would also change. As a man changes his own nature, so does the attitude of the world change towards him. This is the divine mystery supreme. A wonderful thing it is and the source of our happiness. We need not wait to see what others do”. Or, to paraphrase, be the change you want to see in the world.

Photo by Markus Spiske on Unsplash