On 15 September this year, we are delighted to join many of our customers in the celebration of the sixth annual Scottish Housing Day.

The theme this year is housing and the climate emergency. 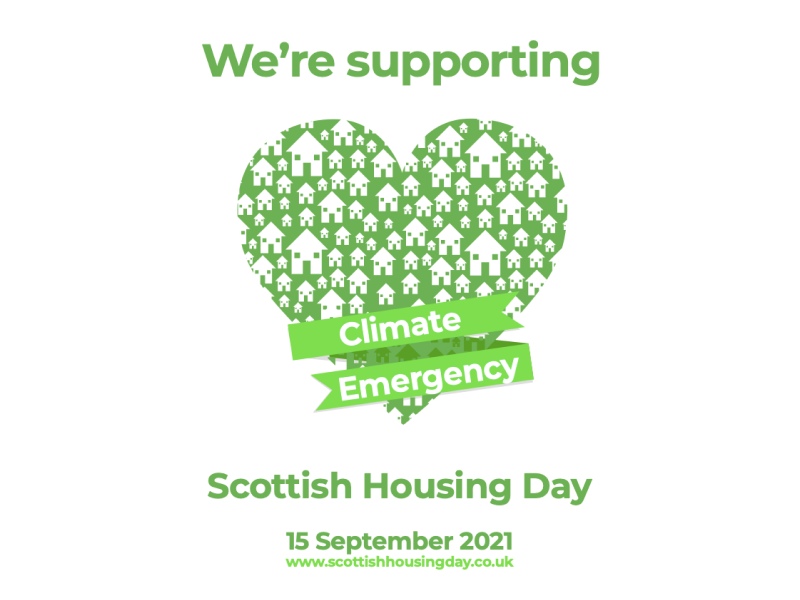 In a few short weeks, Scotland will be the focus of the world’s attention as the UN climate conference COP26 takes place in Glasgow. The UK as a whole was the first country in the world to create a legally binding commitment to cut greenhouse gas emissions and we are on track to reach net zero carbon emissions by 2050, but this may already be too little, too late with global temperatures continuing to rise.

"In a few short weeks, Scotland will be the focus of the world’s attention as the UN climate conference COP26 takes place in Glasgow."

Clearly, we all need to make some pretty drastic changes. But what can we, in Housing, do?

Well, it turns out that the way we build and run our houses can make a pretty significant difference: around 13% of Scotland’s carbon emissions are related to the way that we heat our homes. The Scottish government has just outlined targets to have net zero carbon emissions by 2045 and plans to outlaw the installation of gas boilers in new homes by 2024. There’s clearly a lot of hard-work to be done before we reach our destination, but the roadmap has been set towards reaching net zero.

The ongoing COVID-19 pandemic has also revealed and deepened some truly shocking gaps between the very richest and the very poorest in our society. A report by National Records of Scotland has shown that the death rate of those people living in Scotland’s most deprived areas was almost double that of those in the least deprived areas last year. In particular, the rate of drug-related deaths was 18.4 times higher, alcohol-specific deaths 4.3 times as large, suicide rates 3 times higher, and COVID-19 deaths were 2.4 times as large in the most deprived areas.

The Scottish government has just announced plans to invest millions of pounds in the building of affordable, energy efficient housing and to invest in cheaper, greener heating for existing houses. Of course, that’s all well and good, but many people still live in poverty and struggle right now to pay the bills every month.

There are no easy answers to these complex problems, but we are proud to work alongside our friends at Scottish Housing Associations who have dedicated themselves to trying to make a difference. As always, the work you are doing to look after your tenants and your applicants is inspirational and we salute you.